"Holy Corners" acquired its name shortly after the century because of the concentration of churches that were erected at the intersection of Kingshighway and Washington Boulevards.  The first church was St. John's Methodist which was designed by Theodore Link in 1902.  The next to be built was First Church of Christ, Scientist designed by Mauran, Russell  and Garden.  Across Kingshighway the Racquet Club was constructed next.  It was also designed by Mauran, Russell and Garden.  The Second Baptist Church came next followed by Temple Israel.  In 1908 the Tuscan Temple was the last of the Holy Corners buildings to be constructed. 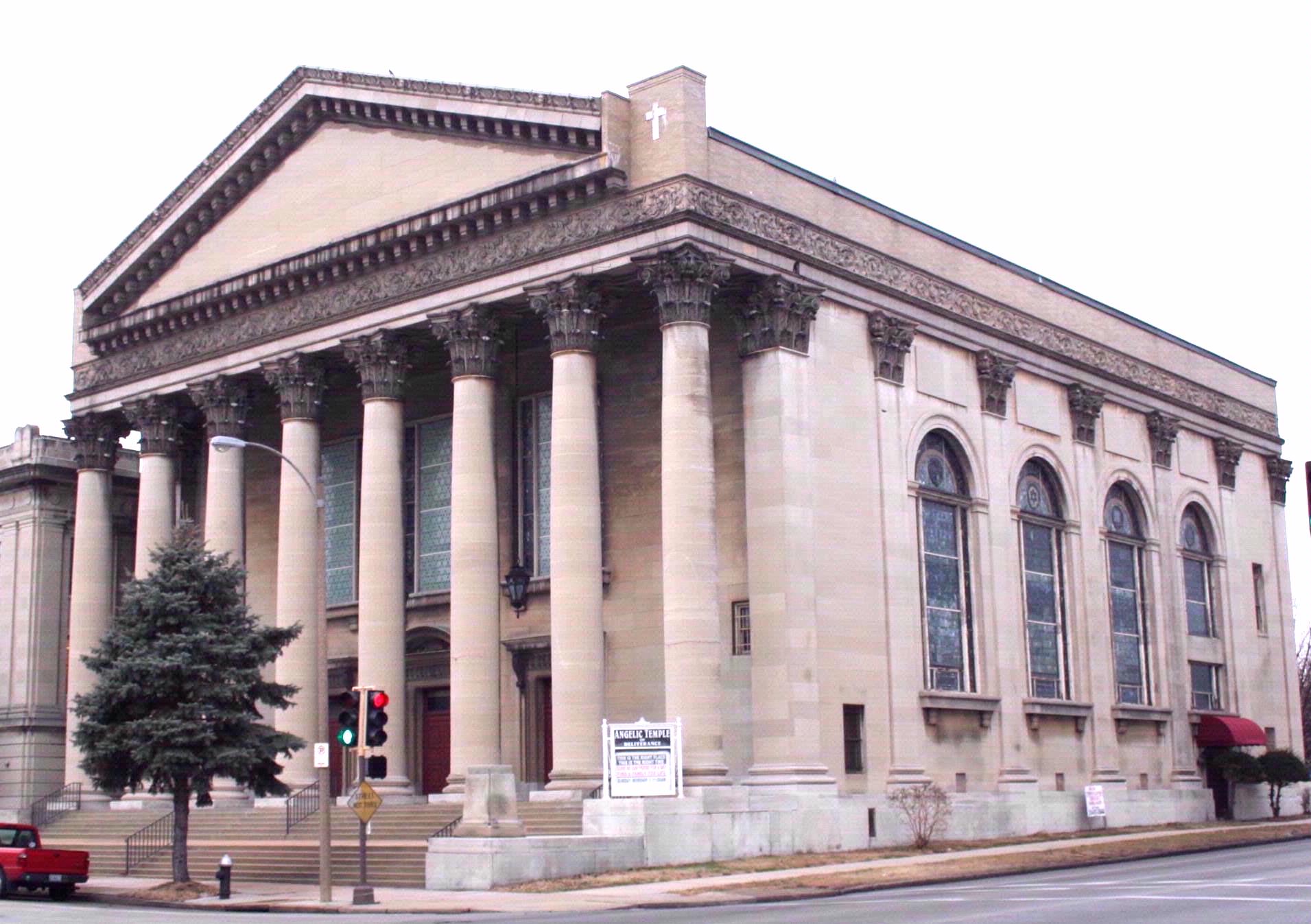 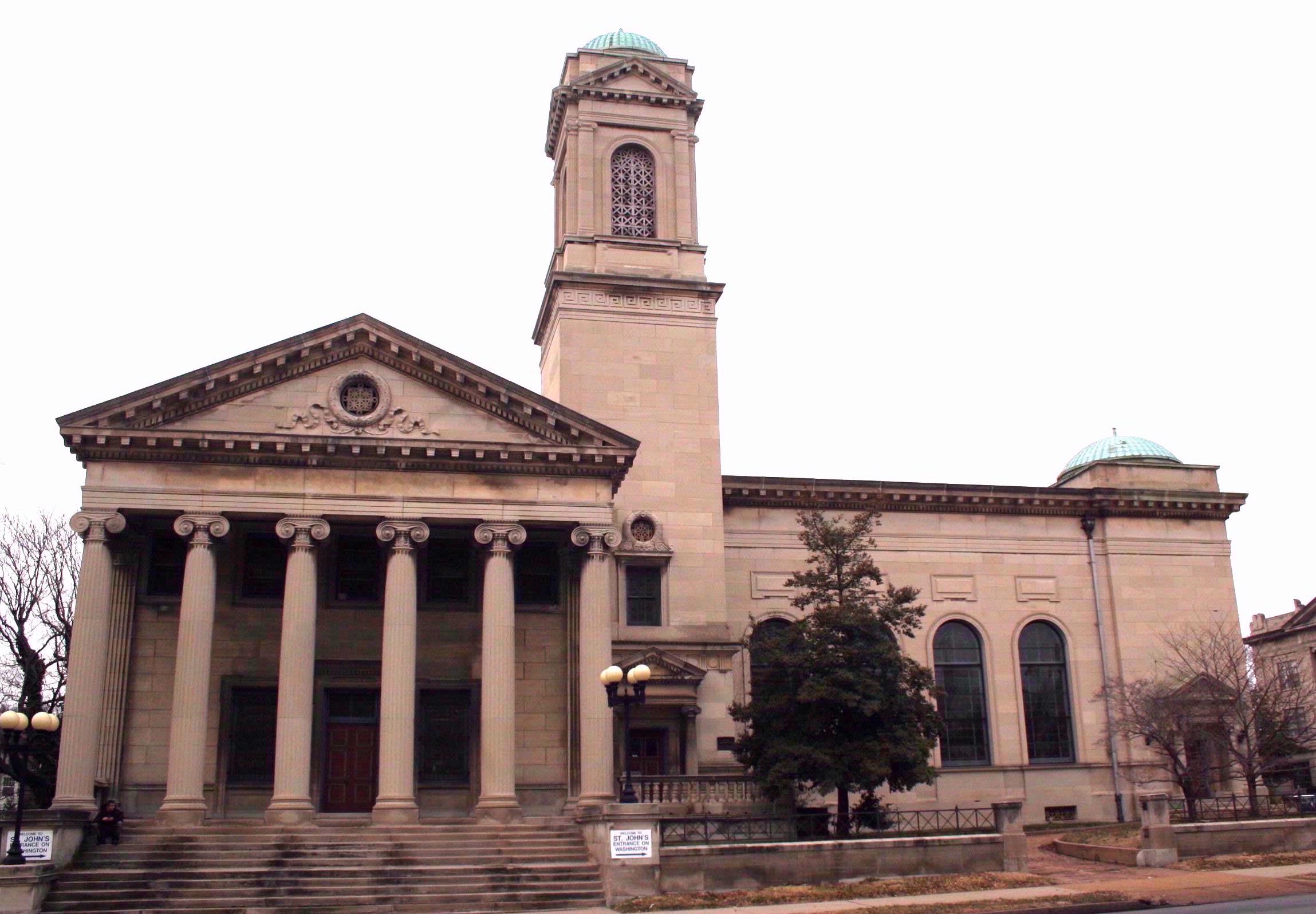 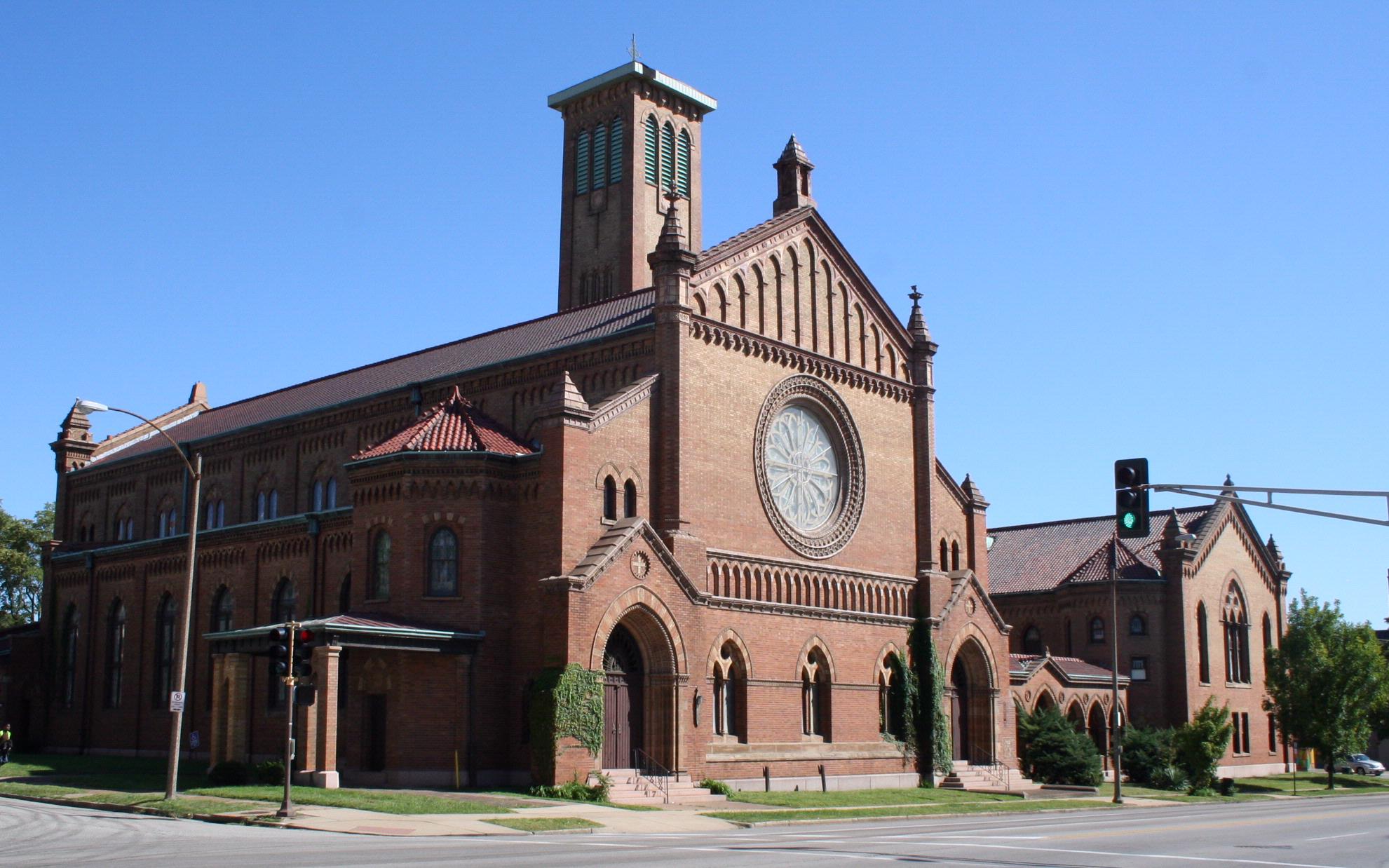 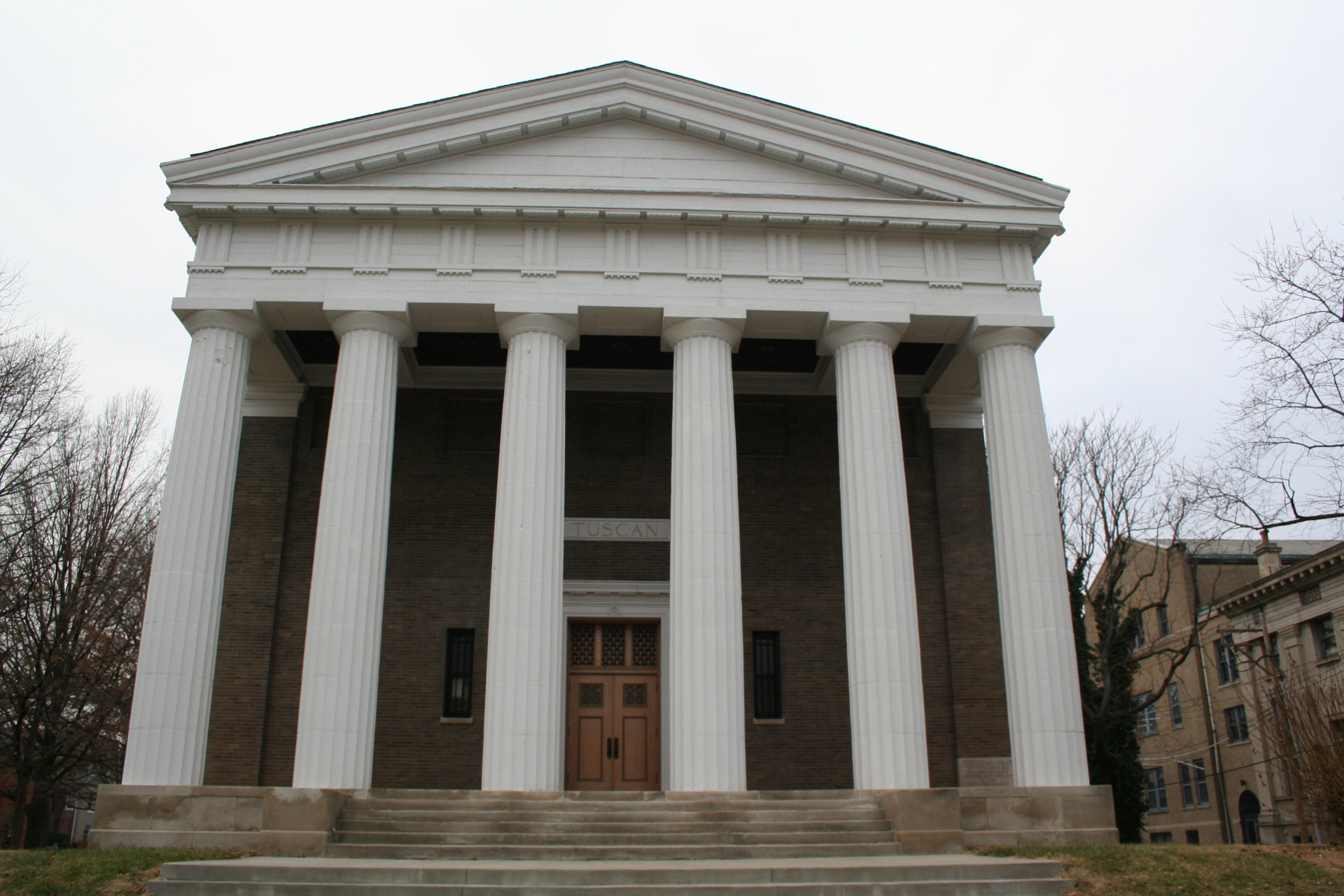 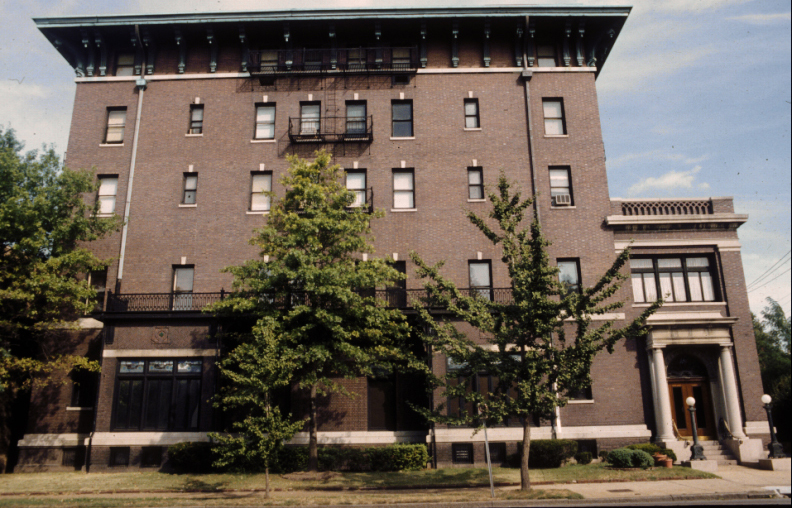