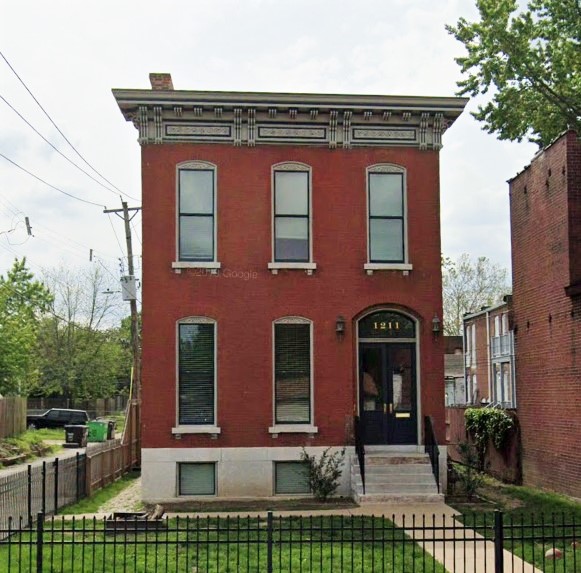 The Oscar Waring House, 1211 Tower Grove Avenue, was the home of Oscar Waring from 1884 to 1911. Mr. Waring was appointed the first African-American principal of Sumner High School in 1879. He was a remarkable scholar and pioneering educator. Prior to coming to St. Louis in 1877, he had attended Oberlin College; worked for the Freedman's Bureau; practiced law in Washington, D.C.; taught mathematics at Alcorn College in Mississippi; and served as the principal of a high school in Louisville, Kentucky. African-American teachers were first employed in the segregated schools of St. Louis in the 1877-78 school year. Following this policy shift, the African-American enrollment in St. Louis schools jumped significantly.  Oscar's wife, Mary, was also a teacher in the St. Louis schools. The couple lived in the house until his death in 1911. The home was restored in 2016-17.