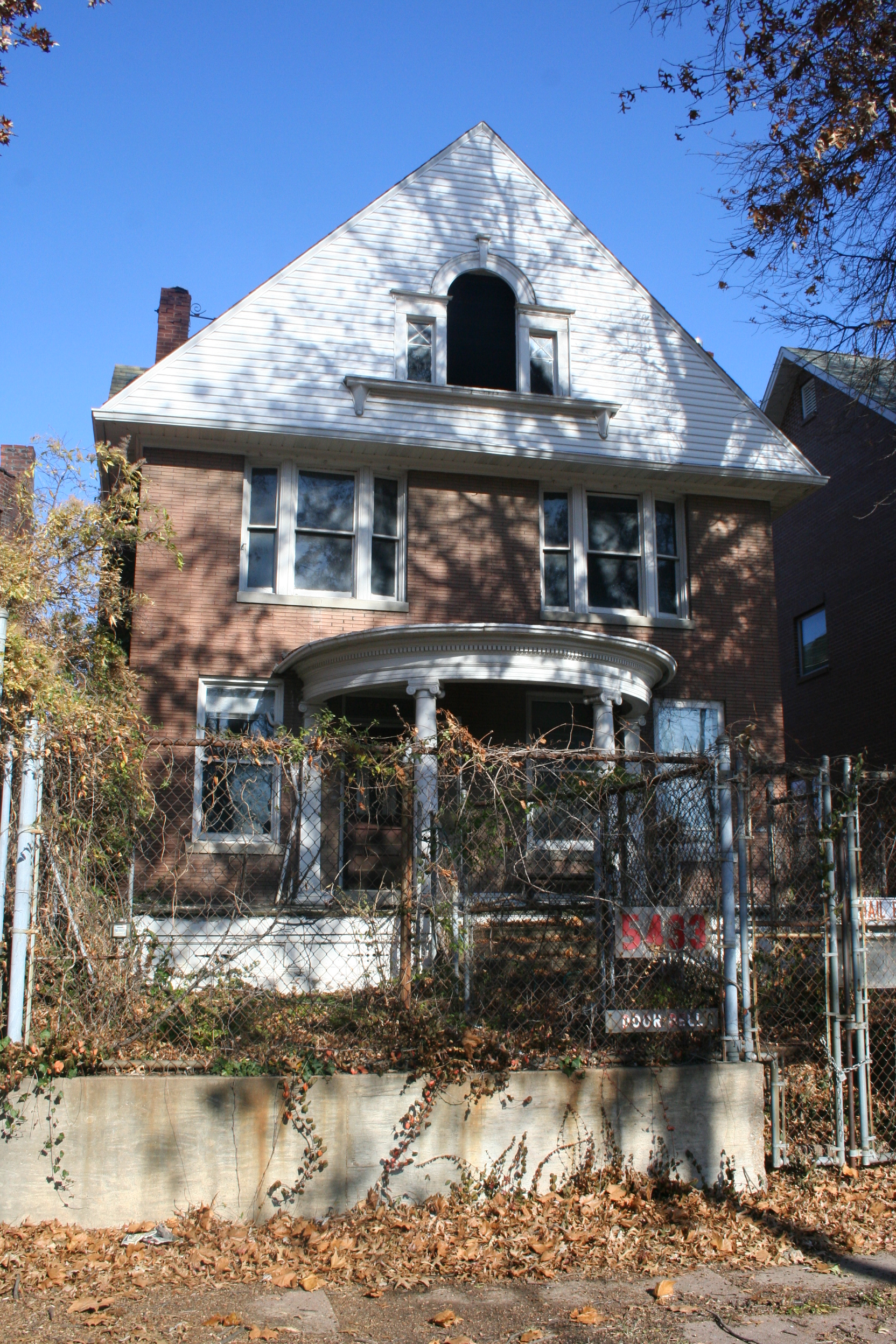 The Edward N. and Anne G. von Harten residence, at
5433 Enright Avenue, was built in 1896.  It was the first residence constructed on the block in what was then a rural farming area.  The 3-story Colonial Revival home was designed by Robert H. McMath of R. E. McMath Surveying Co.  The home, with its Palladian window and Classical half-round porch, is representative of late 19th Century upper middle class homes in St. Louis.  The building was designated a City Landmark in 1980.