City of St. Louis to Provide Land to Federal Government at No Cost to Move NGA West Headquarters to North St. Louis

Federal and State leaders joined Mayor Francis Slay to announce the City's ability to deliver a 99-acre site at no cost. 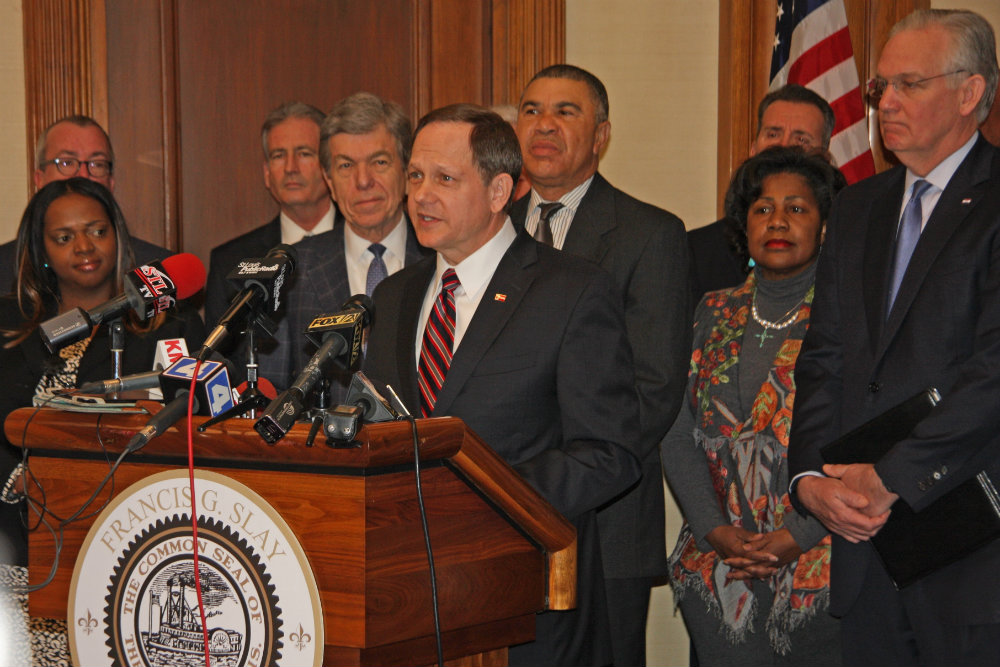 ST. LOUIS -- Federal and State leaders joined Mayor Francis Slay to announce the City's ability to deliver a 99-acre site for the National Geospatial-Intelligence Agency at no cost.

Mayor Slay informed NGA Director Robert Cardillo of the City's plan to provide the land at no cost during a private meeting in the Mayor's Office last Friday. On Monday, Gov. Jay Nixon, U.S. Senator Roy Blunt, Congressman Wm. Lacy Clay, and other state and local officials joined Mayor Slay to publicly announce the plan. The coordinated effort by state and local leaders has resulted in a proposal that meets all of NGA's criteria and makes the North St. Louis site the clear choice for its new state-of-the-art western headquarters.

"We know that a new NGA facility in North St. Louis will catalyze an entire community," Mayor Slay said. "Jobs, economic investment, and the ability of the project to transform the neighborhoods near the old Pruitt-Igoe site will continue the revitalization we are seeing in other parts of the region's urban core. Not only is the NGA good for St. Louis, but St. Louis is good for the NGA. From our proximity to current employees and the next generation NGA workforce, to a ready-to-go construction force and our connection to the type of high-tech facilities on which our national security will rely in the future, St. Louis has built a strong case for locating the NGA West campus here in the City."

"This is a transformational opportunity for St. Louis –and for the NGA," Gov. Nixon said. "Locating its new state-of-the-art headquarters in the heart of St. Louis will give the NGA access to the talent, technology, amenities and infrastructure it needs to continue protecting our nation here at home and enhancing security around the globe. Today's announcement further strengthens the City's proposal and makes the NGA's choice even clearer. St. Louis is where the NGA has made its home for more than 70 years, and St. Louis is far and away the best place for the NGA to build a brighter, more secure future." 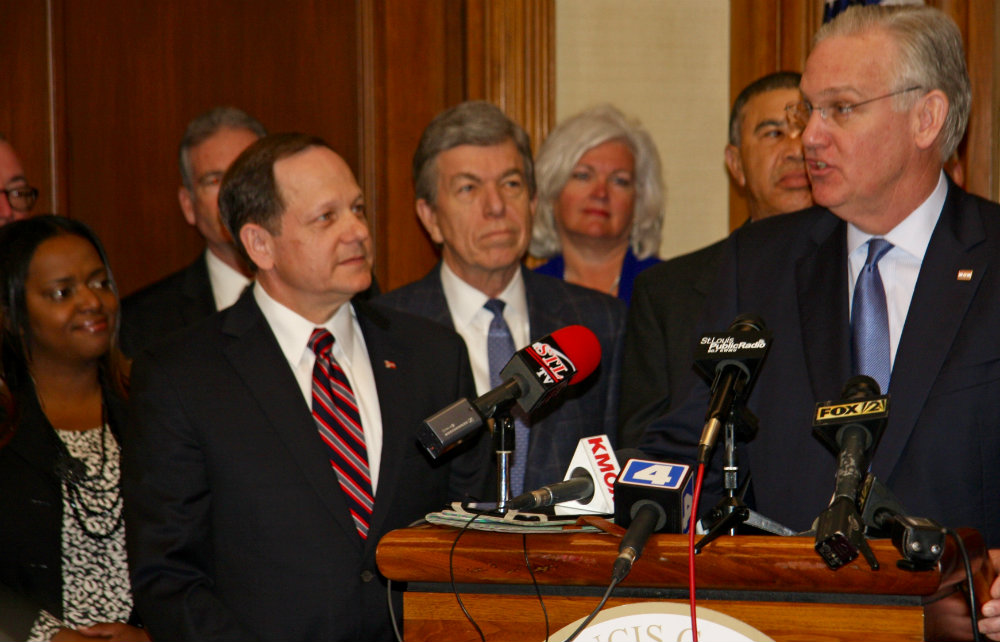 The NGA is expected to name its desired site on April 1, 2016, to move its 3,100 employees to a new $1.75 billion intelligence campus. As outlined in the final edition briefing book, the City of St. Louis is offering a well-connected, urban site at the intersection of N. Jefferson and Cass Avenues. The Next NGA West video also highlights how St. Louis will continue to help the NGA meet its mission, just as it has for the past 72 years.

When the St. Louis Development Corporation is successful in its efforts to retain the NGA, the State of , through the Department of Economic Development, has agreed to make available up to $95 million in Tax Incremental Financing and approximately $36 million in Brownfield Tax Credits. This $131 million commitment by the state, in addition to a $1.5 million annual commitment for up to 30 years by the City of St. Louis, will cover:

Additionally, the City is working with Metro to adjust its current and planned rail and bus networks to connect NGA to the transit system as strongly as possible.

Those letters also highlight a proposal from local labor leaders for an innovative minority workforce recruitment plan for construction of the facility that will help the federal government support the goals of the Promise Zone, as well as the Executive Order supporting the construction of federal facilities in urban areas.

"Locating NGA within an urban setting is the only environmentally responsible solution that also promotes environmental and social justice, as well as economic equality," Mayor Slay said. "We truly value and welcome NGA and their employees into the next great neighborhood of St. Louis. The many benefits to the future of both St. Louis and NGA are immeasurable, promising and exciting."

No pages meet the criteria