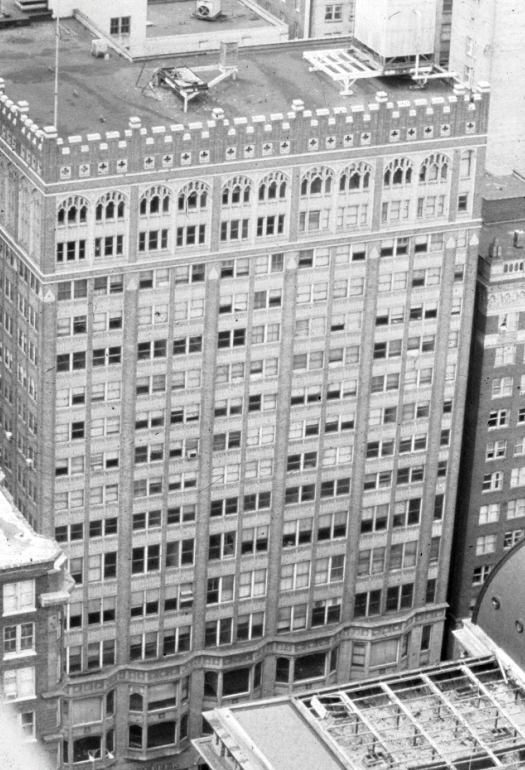 The Arcade Building, located at 810 Olive, was constructed in two stages.  The first, in 1906, was the 18-story Wright Building, designed by the St. Louis architectural firm of Eames & Young.  In 1919, the Arcade Building was constructed to wrap around the existing Wright Building.  Designed by Tom P. Barnett, the building is 14-stories on the Pine elevation and 16-stories on its Olive elevation, incorporating the Wright building in it southeast corner.  The Arcade's Gothic Revival terra cotta ornament continues in the magnificent two-story interior rib-vaulted arcade which extends between Pine and Olive Streets.  Original plans for the Arcade Building called for a 10-story structure that would have remained separate from the Wright.  After the discovery of site problems, the plans were revised and the Wright was integrated into the Arcade Building plans.  The Building was designated as a City Landmark in 1980.  It was determined eligible for listing on the National Register of Historic Places the same year, but actual listing did not take place until 2003.