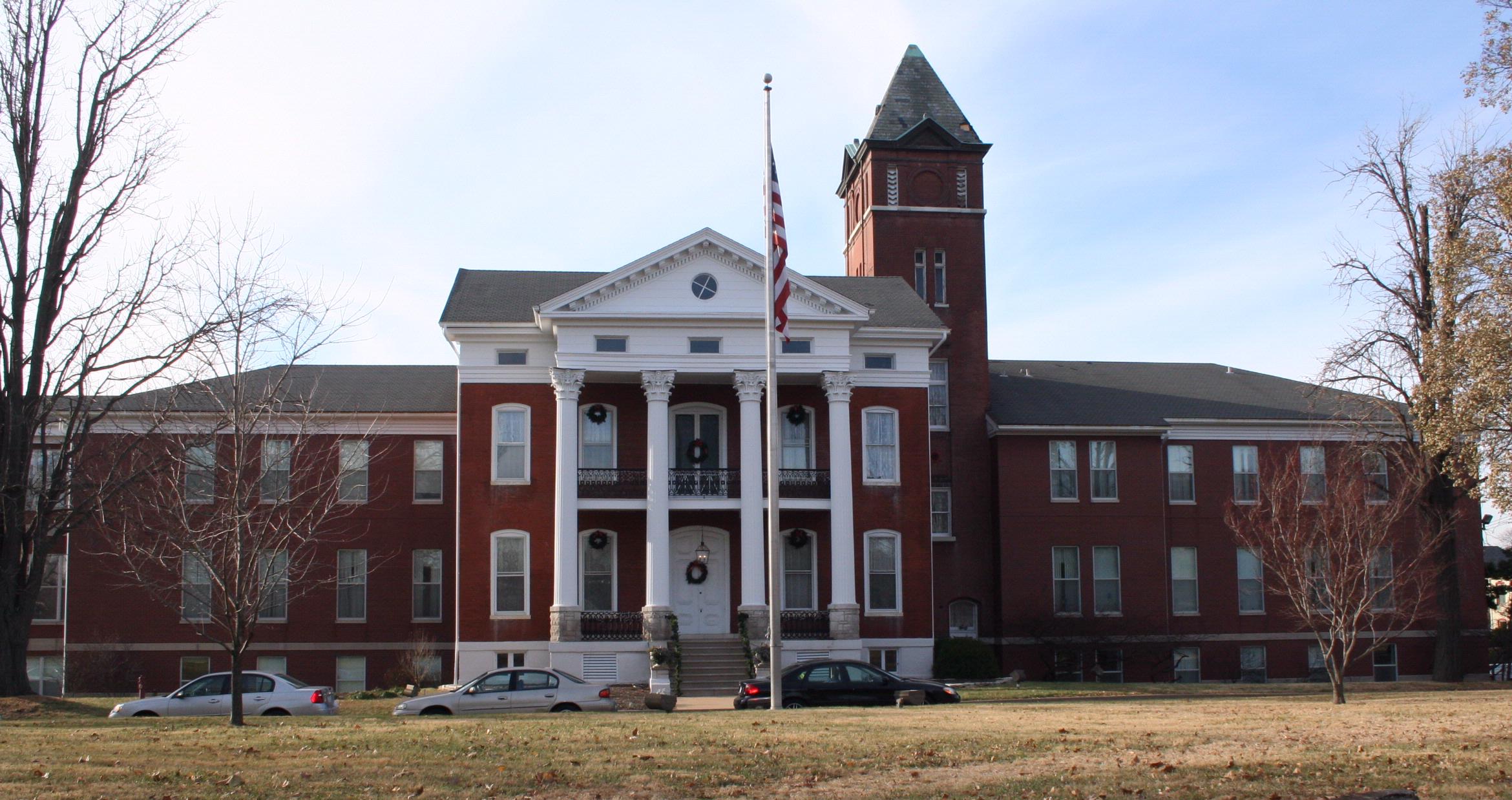 The central, pillared section of Memorial Home, at 3625 Magnolia Avenue, was original erected as the home of Rene Beauvais, a prominent St. Louis silversmith and watchmaker in 1867.  At the time of construction it sat at the western boundary of he city limits and it is one of the few surviving Greek Revival style buildings remaining in St. Louis.  Acquired by the Women's Christian Association in 1882, it served as a shelter for the indigent aged.  Additions have been added throughout the years, including the tower in 1898.  After new low-rise buildings were constructed at the rear in the early 1980's, the front building and wings became vacant and were threatened with demolition.  The building was listed as a City Landmark in 1984.  The wings were later demolished, and new wings built, under a development plan for the Memorial Home complex, but the tower and a small portion of the north wing were kept intact.  The nursing home was renamed Beauvais Manor on the Park in 1998. 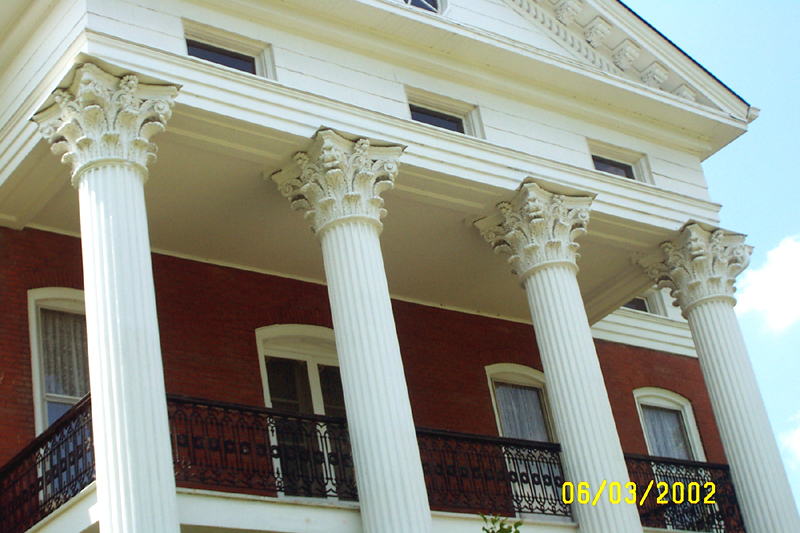